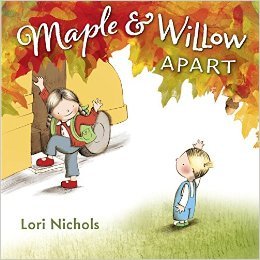 Have truer words ever been uttered about one’s sibling?

Perhaps at no other time than summer is the sibling relationship so poked, prodded, and pushed. There have been long stretches this summer when the only kids at my children’s disposal have been each other. Having so much unstructured time together requires more than a little adjustment. As a parent, witnessing my children re-connect, re-establish boundaries, and re-attune their imaginations with one another, is equal parts mesmerizing and maddening.

Still, take away the bossing and the tattling and the unprovoked hitting (WHY DO THEY DO THIS?), and I am still smiling about the dinosaur dance party I walked in on…or the day my daughter appeared for lunch dragging her big brother on all fours by a dog collar…or the time I eavesdropped on them whispering conspiratorially under the bed. Nor will I forget the tears that welled up in my eyes when, after what seemed like hours of yelling and bickering, I came down from a shower to find the two of them sprawled on the living room floor, telling made-up stories to each another.

I would argue that, in recent years, no picture book artist has captured the young sibling relationship more astutely and adorably than Lori Nichols. Tracking the relationship between two sisters, Nichols first gave us Maple, where Maple (named for the tree her parents planted when pregnant) learns that her parents are expecting a second child. Then came Maple and Willow Together, where the storming and norming of sibling play reaches full fantastic force. Now, in this fall’s latest installment, Maple and Willow Apart (Ages 2-6), Maple’s departure for kindergarten throws both girls for a loop. This new angst is hardly surprising, given that the two sibs have just spent the entire summer playing together (in and around trees and while speaking in their secret nonsensical language—two favorite themes that run through all the books).

Ah, but which is the greater plight for a sibling: the one doing the leaving, or the one getting left behind?

While it has been two years since Emily watched her brother walk up the steps into school without her, this is the first fall that Emily will stay for a full day like JP. Boy oh boy, has she longed for this day. The question of what the school children do between the hours of 1pm and 3pm has been nothing short of an obsession for her these past two years. “I think they get to play special games!” “I think the teacher sneaks them special snacks!” One night, as I tucked her into bed, she whispered in my ear, “Mommy, I think in the afternoon is when the kids learn to read.”

Like Emily, Willow discovers that she, too, can fall back on her imagination during the quiet hours at home while Maple is at school. When Maple comes home—chatting incessantly (and not a little bossily) about everything she has learned, everything she did on the playground, everything her teacher said—Willow lets her big sister in on a little secret of her own.

“Pip is my new friend,” said Willow. “He has a bumpy head and he is afraid of squirrels.”

Pip is, of course, an acorn. But he is not just an acorn. Through the vivid escapades that Willow paints for her sister—they ride snails! they nap in bird nests!—Pip becomes elevated to something greater than simply Willow’s imaginary friend; he becomes a signifier for both girls of the Change that’s taking place in front of their eyes. Suddenly, Maple isn’t so sure that she wants to go to school and miss out on the adventures to be had in her own backyard. For a brief second, she isn’t sure she wants to grow up.

The solution that’s offered up (and I won’t ruin the surprise) is nothing short of delightful. It’s also realistic—as are all three of Nichols’ books. But the best and most unexpected part is that this solution comes from Willow, the younger sibling. It turns out that big sisters still need their little sisters. It turns out that little sisters know just how to make their big sisters feel better.

Beginning next week, even though my children will enter and exit school together, they will likely ignore each other for most of the day, perhaps granting a brief wave or smile as they pass in the hall. They’ll still have evenings and weekends together. But it’s not the same. They’ll grow and stretch and circle back and grow some more…and then, with luck, next summer will come and they’ll find their way back to each other again. There will most definitely be squabbling. But I like to think that I’ll choose instead to notice the other stuff. The laughter. The whispering. The heads pressed together. The scampering in unison. The casual, unforced gestures of affection. 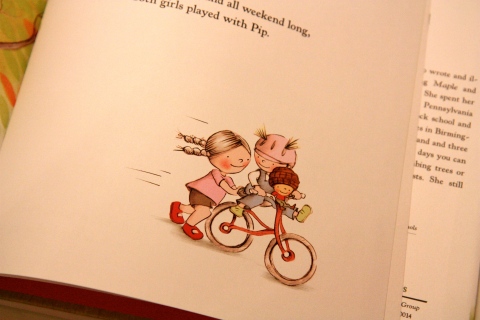 Review copy provided by Penguin. All opinions are my own. Amazon.com affiliate links are provided mainly for ease and reference–although I prefer that we all shop local when we can!

§ One Response to When Big Sis Starts School

You are currently reading When Big Sis Starts School at What to Read to Your Kids.