A Master Class in Mischief Making

My daughter delights in mischief. The mischief of others, that is. She, herself, may be intent to uphold a “good as gold” persona, but she wastes no time in reporting on the transgressions of others—classmates, the new puppy across the street, her big brother—with a certain giddy fascination. As I’ve mentioned in previous posts, Emily devotes large stretches of her imaginary life to contemplating the mischief made by her stuffed sheep and my stuffed bear when we’re not looking. Together, these two plush characters could be Emily’s alter ego. They subsist on a diet of gummy worms and chocolate cake. They jump out of the window in skydiving suits when they’re supposed to be sleeping. While Emily and I were in New York City last week, she claimed to spot them high tailing it down the block with a bunch of stolen balloons, on their way to throw themselves a party for their “fake birthday.”

After beating me to Mordicai Gerstein’s latest graphic novel-picture book hybrid, I am Hermes! (Ages 7-10), Emily was delighted to inform me that there exists no greater Mischief Maker in the History of the World than Hermes, Messenger of the Gods. Judging by the profusion of energy and humor in his 67 pages of comic panels, Gerstein is every bit as entranced with Hermes’ master class in mischief making as is my Emily.

END_OF_DOCUMENT_TOKEN_TO_BE_REPLACED

I’ve been feeling a teensy bit guilty that those of you not on Instagram are missing out on all the mini reviews I’ve been doing over there, particularly of middle-grade books. These books are too good to miss! So, I’ve decided to do occasional “round-up” posts to catch you up. Several of these titles are brand-spanking new; the rest are new within the past year.

END_OF_DOCUMENT_TOKEN_TO_BE_REPLACED

Balancing the Me and the We

March 1, 2019 Comments Off on Balancing the Me and the We 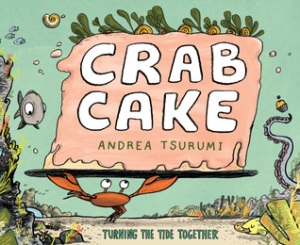 How do we celebrate our individualism without turning our backs on our community? How do we lift up those around us without sacrificing our sense of self? Teaching our children to walk this fine line as they grow into adults may be one of the most important things we as parents do.

Bonus if it involves a little sugar along the way. END_OF_DOCUMENT_TOKEN_TO_BE_REPLACED

Kids know they’ve got a captive audience in us when bedtime nears, and they’ve been known to milk it well beyond that second glass of water. At least in me, they also have a sucker for a good bedtime story, or two.

This year has seen two spirited additions to the bedtime repertoire. While they do so in vastly different tones, Stop That Yawn! and Time for Bed, Miyuki bring fresh energy and racially-diverse characters to the theme of bedtime procrastination. Both celebrate a special grandparent-grandchild relationship. And both will have your children yawning—in a good way—by the final page. END_OF_DOCUMENT_TOKEN_TO_BE_REPLACED 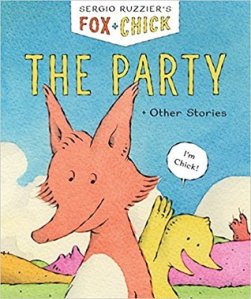 “EVERY SINGLE EARLY READER BOOK IS BORING! NOT ONE OF THEM IS FUNNY!” my daughter blurted out in the middle of a (completely unrelated) dinner conversation two years ago. For months, she had been reluctant to practice reading and even more reluctant to talk about her reluctance. (True story: it wasn’t until her soul sister, Dory Fantasmagory, started going through a similar struggle that my Emily began to find words for hers.) END_OF_DOCUMENT_TOKEN_TO_BE_REPLACED

Robert Frost wrote, “If we couldn’t laugh we would all go insane.” Given the headlines of the past two weeks, it’s getting increasingly difficult to laugh at ourselves. Thankfully, we can turn to literature and art to restore our sanity.

When it comes to choosing reading (or television) material, my husband is fond of reminding me that he “only wants a laugh.” Such proclivity doesn’t exist in me. True to form, I began January by losing myself in Adam Haslett’s devastating (if devastatingly beautiful) novel, Imagine Me Gone, where at one point a manic-depressive father sits across from his recently teenaged son and laments silently, “If I ever had the care of his soul, I don’t anymore.” I couldn’t look at my own (rapidly-aging) children for the rest of the day without crying—much less handle reading the news—so I traded in that book for Tina Fey’s performance of Bossypants, which I listened to for the next two weeks in the car. Doubling over the steering wheel in convulsive laughter feels like more appropriate self-care for the times. 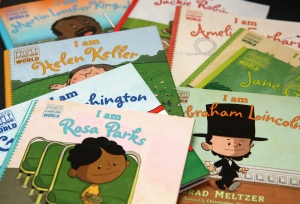 In light of last week’s election results, I am struggling, like so many millions of Americans, with the question of what I can and should do to combat the rhetoric of hate and intolerance that has prevailed in this unfathomable reality, where someone running on a platform of racism, misogyny, and xenophobia would be awarded the highest position of power in our country.

What do we do now? Specifically, how do we advocate—and inspire our children to advocate—on behalf of those who are afraid, of those who are on the receiving end of vitriolic slurs and physical threats, of those whose place in our communities is suddenly threatened? END_OF_DOCUMENT_TOKEN_TO_BE_REPLACED

You are currently browsing entries tagged with comic strips at What to Read to Your Kids.

What to Read to Your Kids
Blog at WordPress.com.