Sharing a Love of Travel (A Father’s Day Post) 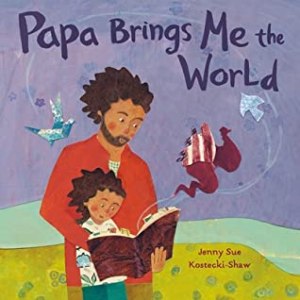 This Father’s Day, my own father will have been gone for twenty-six years.  Twenty-six years. One of the most devastating things about losing a parent when you’re eighteen is that you never get to know that parent through an adult lens. I knew my father intimately, from his scratchy mustache to his eye-rolling wisecracks to his endless patience as I described every painstaking detail of my day. But I knew him as a child knows a parent. How I wish I could have known him as an adult.

In times of great upheaval and unrest, I feel my father’s absence most keenly. Every seismic shift in our world puts that much more space between him and me. How would he be participating in this national conversation about race? Would he be marching with a Black Lives Matter sign? What candidate would he have supported in the last Democratic primary? How would social distancing have impacted his life in retirement—or would he still be practicing law? What kinds of things would he enjoy doing with his grandchildren?

I can’t pretend to know the answers to these questions, though I ask them quietly to myself all the time.

What I do know is that there are certain things which always bring him back to me. And one of them is travel. My father’s love of travel was legendary. When I was very young and he would travel internationally for work, he’d always bring me souvenirs—usually dolls—from places like Brazil, Mexico, and Germany. I loved gazing at the tiny porcelain faces or printed fabric clothes and imagining where they had been. Our house was full of black-and-white photographs from before my time: my father on a camel in the Sahara, my father on a motorcycle in Greece. When I decided to spend a gap year in Vietnam after high school, he jumped at the chance to accompany me across the ocean. When, weeks later, it came time for him to return to the States, his parting words were, “It looks like you’ve got the travel bug now, too.” I beamed with pride.

It seems fated that I would fall deeply in love with Jenny Sue Kostecki-Shaw’s new picture book, Papa Brings Me the World (Ages 3-7), in which a young girl describes her affection for a father who travels the world and brings pieces of it back to her. I’ve long been a fan of Kostecki-Shaw’s (my daughter still pulls out Luna & Me), but this book positively transported me. Maybe because it’s inspired by the author-illustrator’s own father; maybe it’s because the theme of found objects lends itself beautifully to mixed-media collage; or maybe it’s because the voice of the little girl reminds me of my young self, brimming with tenderness and curiosity and admiration and longing for my father’s stories of adventure.

END_OF_DOCUMENT_TOKEN_TO_BE_REPLACED

You are currently browsing entries tagged with Jenny Sue Kostecki-Shaw at What to Read to Your Kids.