Today, I’m back with my other ten 2020 favorites for the middle-grade audience. As with part one, I’ve taken care to hit a range of interests, styles, and reading levels, while never sacrificing beautiful writing or complex character development (my motto remains: childhood’s too short for mediocre books).

This year’s middle-grade list was compiled with the intimate involvement of my daughter (10) and son (13). While you can always count on my having read any book I review on this blog, nearly every one of the books in today’s and yesterday’s post was also read and loved by one or both my kids. While we’re in that glorious window of sharing books, I’m milking it.

Another friendly reminder that you won’t find graphic novels here, because they got their own post earlier. And if the twenty titles between today and yesterday aren’t enough, check out 2019’s Middle-Grade Gift Guide post, filled with other treasures (many of which are now out in paperback), or my Summer Reading Round Up from earlier this year. And, of course, as soon as I publish this, the fates guarantee I’ll read something I wish I’d included here, so keep your eyes peeled on Instagram, where I’m regularly posting middle-grade updates.

END_OF_DOCUMENT_TOKEN_TO_BE_REPLACED

They need to go back. END_OF_DOCUMENT_TOKEN_TO_BE_REPLACED

The Bravest Kind of Kindness 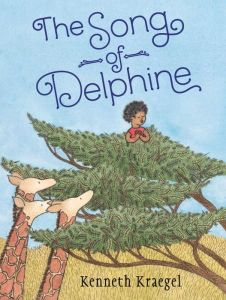 “Kindness” has become a buzz word across parenting literature of late. Are we teaching our children to be kind? How do we go about raising kind children? How can we prevent “bullying” on the playground or “mean girls” at play dates?

And yet, for all the lip service we keep giving to the importance of kindness, a recent study found that as many as 80% of youth reported that their parents seemed “more concerned with their achievement or happiness than whether they cared for others.”

I find reports like this deeply unsettling, although they’re not entirely unsurprising. After all, kindness can be really hard stuff. It’s one thing to remember a relative’s birthday; to hold the door open for a stranger; to put an arm around a friend who is crying. Undeniably, these are all kind gestures. But it is quite a different thing to put someone’s deepest needs before our own; to step outside our comfort zone; to imagine ourselves in another’s shoes and, in the process, open up our hearts to the potential for understanding, connection, and forgiveness. Stretching the limits of kindness—this is when the real magic happens.

In his gorgeously illustrated and deeply feeling new picture book, The Song of Delphine (Ages 4-8), Kenneth Kraegel tells an unforgettable story of a child’s courageous act of kindness in the face of adversity. It’s an act that not only dramatically changes the course of the two lives in the book, but has the power to transform the reader as well. END_OF_DOCUMENT_TOKEN_TO_BE_REPLACED

In a few days, our country will celebrate Martin Luther King, Jr.’s birthday and a presidential inauguration. Whatever our political views, whatever our race or gender or religion or socioeconomic background, we can do our children a great service by talking to them about Dr. King’s vision of justice and peace, his commitment to respecting the dignity of every human being.

I’ve found that parents, especially us white Americans, are reluctant to broach the subject of race relations with preschoolers or even young elementary students. Ashamed of our country’s past afflictions, it’s as if we can pretend they never existed if we don’t talk about them. But child development specialists and sociologists (like Po Bronson and Ashley Merryman, authors of NurtureShock) have pointed out that children naturally notice differences in appearances, and that if we don’t have these conversations with them from an early age, they will begin to draw their own conclusions—and, even worse, begin to view the subject as taboo—which does nothing to advance our nation’s long and still arduous progression toward equality. And, let’s be honest, have you ever met a five or seven or ten year old that isn’t obsessed with the notion of fairness? For that matter, how many times a day do we as parents plead with our children, “Use your words!” (say, when said children yank something out of their sibling’s hands or push a peer on the school playground)?

END_OF_DOCUMENT_TOKEN_TO_BE_REPLACED

You are currently browsing entries tagged with Jacqueline Woodson at What to Read to Your Kids.