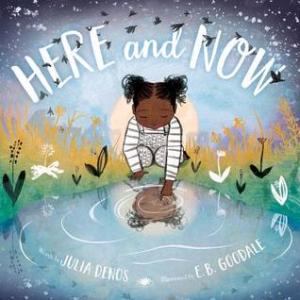 “A well-known teacher was asked to describe the modern world. He answered: Lost in thought.” I’m currently taking a 30-day online mindfulness course from Jack Kornfield and Tara Brach—a series of short guided meditations—and this was how the third session began. Lost in thought: a modern epidemic. I’ve thought about this observation multiple times since, always with sadness and identification. How much of my daily life is spent worrying, planning, remembering, regretting, being somewhere other than where I am?

When we’re lost in thought, Kornfield notes, we’re missing out on what’s in front of us, perhaps on the very parts of life we cherish most. He quotes from the great poet Khalil Gibran: “…and forget not that the earth delights to feel your bare feet and the winds long to play with your hair.”

This is my third attempt in the last eighteen months at developing a regular mindfulness practice. I’ve never lasted more than ten consecutive days. This month has been a mixed bag, too. October has thrown me a number of curve balls, and the pull to become lost in thought—mourning, stewing, deliberating—often eschews the discipline of sitting for a guided meditation.

I want to be better at this. To be more present in my senses, to more fully embrace the adventure of life. To feel the warm sun on the back of my neck, the hard earth beneath my feet. To smell the crispness in the air. To notice my daughter singing in the bathroom.

I want to be better at this for my kids. The ones watching me model being lost in thought as if my life depends on it. When my son experiences an emotion, I wish for him to notice how it manifests in his body, instead of ruminating on it or wishing it away. When my daughter walks home from her violin lesson, I wish for her to notice the shifting beauty around her, even while she plans which games she’s going to play with her waiting friend.

Author Julia Denos has teamed up with illustrator E.B. Goodale to produce another beautiful picture book (I regret not making time on this blog for their first, Windows) which is itself a kind of guided meditation for kids. Here and Now (Ages 4-8) gently and effectively brings children’s attention to the present moment. It grounds the reader in her own bodily sensations, while also connecting her to the wider world. It prompts parent and child alike to think about what might happen if we turn towards, instead of away from, the present moment, with all its beauty and mystery and wonder.

END_OF_DOCUMENT_TOKEN_TO_BE_REPLACED

Albert Einstein said, “The important thing is not to stop questioning. Curiosity has its own reason for existing.”  Then by this account, should we embrace the endless string of questions by our children throughout the day? A recent British study found that children ask on average 300 questions a day. I’m pretty sure that my almost six year old has this daily average beat by the thousands; and while there are many moments when I relish his curiosity, there are also times when I long for an “off” button. These last instances most frequently occur when we’re in the car, because there’s nothing like being locked in a metal box with your children to bring out their obsessions with a full, unadulterated intensity. “Why are the clouds moving that way? Is there going to be a storm? How do the weather people know there’s going to be a storm? What happens if lightning hits our car? Why does red have to mean stop?” (This last one as we pull up to a stoplight and I realize that I can’t expect his brain to pause just because the car does.)

I was driving back from the pool the other day (having been turned away by the threat of storm clouds), and I may or may not have erupted with “I can’t take it anymore!” But then, I had a rare flash of brilliance, and I declared, “It’s Mommy’s turn to ask questions.” I began my own litany of questions, only to discover that JP had answers waiting just as quickly as I could rattle them off. ‘”What are clouds made of?” (“Water droplets!”) “Why does a ball fall if you drop if in the air?” (“Gravity!”) “Why am I not hungry?” (“Because you probably ate enough lunch!”) “Wow,” I said, “you are just as good as answering questions as you are at asking them.” “That’s because I ask so many questions!” he roared, and he and his sister laughed their heads off for the next two minutes (I’ll take my breaks where I can get them).

I recently posted about the value of sharing picture book biographies with children, and I included a list focused on true stories of the Ordinary Doing Extraordinary. But, of course, we mustn’t neglect the born geniuses, the legendary minds, the Great Thinkers that are responsible for shaping our very understanding of the world. In recent years, a slew of exceptional artistic and richly informative picture books have emerged (see my list at the end of this post) to celebrate such minds as Leonardo da Vinci, Benjamin Franklin, and, most recently, Mr. Curiosity Himself: Albert Einstein.

Jennifer Berne’s On a Beam of Light: A Story of Albert Einstein (Ages 5-10) is the kind of book you’ll want to share with your kids when they’re five, six, seven, eight, nine, and ten. Berne’s highly approachable narrative voice speaks directly to children (she first won me over in Manfish: A Story of Jacques Cousteau). In Einstein’s case, she brings to life, not only Albert’s awe at the mysteries of the world, but also his many personality quirks—from his disruptive questioning in elementary school to the saggy, baggy clothes he always wore as an adult (“My feet are happier without socks!”). These quirks are further emphasized by Vladimir Radunksky’s loosely drawn pen, ink, and gouache drawings, at once frenetic and playful, serene and innocent, like little windows into Albert’s own ever-shifting imagination. In JP’s favorite spread, Albert imagines what it would be like to ride his bike up the beam of sunlight that’s shining down on the sidewalk in front of him. “And in his mind, right then and there, Albert was no longer on his bicycle, no longer on the country road…he was racing through space on a beam of light. It was the biggest, most exciting thought Albert had ever had. And it filled his mind with questions.”

I’m no physicist. In fact, I somehow managed to avoid taking a Physics class in both high school and college (I regret this now). I have never felt terribly confident talking about energy and heat and magnetism and motion with my children, and goodness knows what I’ll do when I have to help them with equations involving E = mc2. But here I am, reading this book—this beautiful literary depiction of these scientific concepts—and I think, “Why have I never realized that physics is everything?!” Like the searching, wondering eyes of our little ones, Albert sees everything as a question. How could “a lump of sugar dissolve and disappear into his hot tea?” How could the “smoke from his pipe…disappear into the air?” And, of course, what would happen if he traveled near the speed of light? (The answer: “Only minutes would pass for Albert, while years and years went by for the rest of us!”)

Albert “asked questions never asked before. Found answers never found before. And dreamed up ideas never dreamt before.” Because of him, we were able to build spaceships and travel to the moon (there’s a great afterward that gets into more detail about the repercussions of Einstein’s discoveries, along with a list of additional reading material). Naturally, there are many questions still at large about how the universe works—and, fittingly, the book’s dedication reads, “To the next Einstein, who is probably a child now.” If my son and his peers are any indication, there’s likely a whole crop of future Big Thinkers out there. Children who won’t let a mere stoplight slow them down from asking their questions, questions, questions. 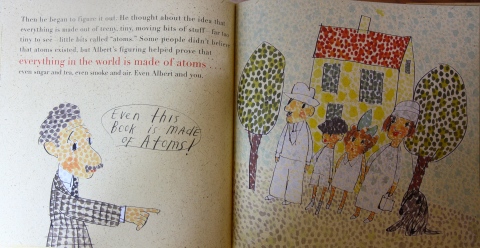 Here, kids are introduced to the idea that everything is made up of “teeny, tiny, moving bits of stuff—far too tiny to see—little bits called ‘atoms'” In a perfect marriage of text and illustration, Radunksky’s corresponding picture is broken up into hundreds of tiny dots (“Even this book is made of atoms!”). 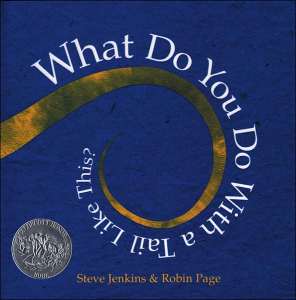 If you have an animal lover in your life, allow me to introduce you to the amazing Steve Jenkins, whose stunning paper collages are the basis for highly engaging and informative books about animals. Why do these books make great gifts? For starters, most parents don’t know about them! Jenkins’ books are more likely to end up on the non-fiction shelves of bookstores and libraries than in places where parents would be likely to bump into them; and while they are technically non-fiction, these gems read like picture books.

The other reason they make great gifts is because they play directly into children’s inherent curiosity about the world around them. Jenkins uses the animal kingdom as a vehicle through which to introduce all kinds of scientific topics—and he does so while keeping kids as absorbed as if they were listening to stories featuring animal characters. He tackles all the obvious themes, like anatomy, food chains, adaptations, symbiotic relationships, and basic survival. But he also tackles more abstract concepts, like time, proportion, and scale—all through gorgeous spreads of animals and fascinating tidbits (see my complete list of favorite Jenkins titles below, including some for younger and older audiences).

END_OF_DOCUMENT_TOKEN_TO_BE_REPLACED 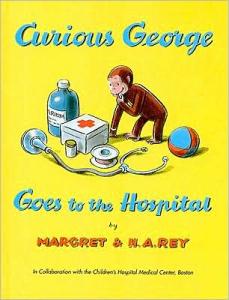 When JP was two, I read him his first Curious George book (Curious George Goes to the Hospital, by Margret & H.A. Rey). Two and a half years later, still not a day goes by that we’re not reading about him, watching him on TV, or singing about him (Oh, you’re not familiar with the Curious George songs, the ones my husband and I are forced to make up EVERY SINGLE NIGHT before JP will go to sleep?).

My mother-in-law is a bit troubled that my son has chosen as his hero in life a monkey who spends a lot of time getting into a lot of trouble; she seems to think perhaps there are better role models than ones who can manage to knock over a bottle of ink, flood the house, release a herd of pigs, and knock over an entire dinosaur exhibit at a museum—all in a single day (Curious George Gets a Medal). But children are rarely that literal, and I like to think that it’s not George’s actions that inspire JP (though he laughs hysterically at them) but rather the motivation behind those actions: his insatiable, uncontainable curiosity. I might even claim that Curious George is a kind of Alter Ego for my son–and for scores of other boys and girls as well (I too was obsessed with him as a little girl).

END_OF_DOCUMENT_TOKEN_TO_BE_REPLACED

You are currently browsing entries tagged with curiosity at What to Read to Your Kids.